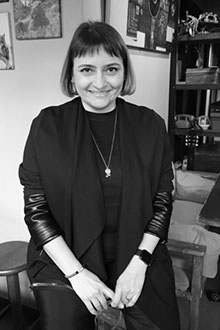 Serpil Altın was born in Eskişehir. In 2002, she graduated from Anadolu University, Faculty of Communication Sciences, Department of Cinema-TV. After graduation, she began her career as an assistant director and producer, worked in many national and international production. Her short films “The Holiday Gift  (2014)” and “Learning How to Swim (2017)” have been screened and awarded prizes at many national and international film festivals.

In 2016, she founded her own company which is named Serpil Altın Film. Her first feature film which is in the genre of science fiction and drama, is “Once Upon a Time in the Future” She is also a member of EWA (European Women's Audiovisual Network) and continues her career as a producer, director and screenwriter.